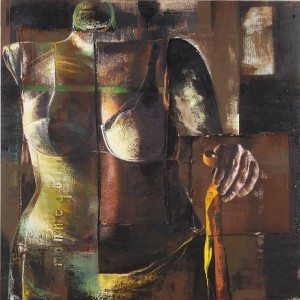 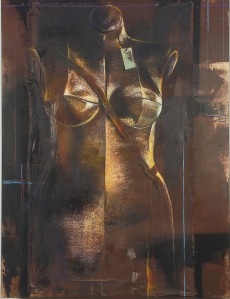 Tabitha JE Eller.  From the series, Measuring Up, 2004. Mixed Media on birch plywood.

ART IN RESPONSE TO SOCIAL ISSUES

This will certainly be one of your most challenging pieces and for that reason it will be among the last breadth assignments. It’s not difficult because drawing is difficult, but because COMMUNICATING with your drawing is harder than you think. You must plan out your composition VERY carefully so that the concept you want to illustrate is obvious to the viewer without any explanation.

Before you dive into your final draft, do lots of quick preliminary sketches and ask your friends and family if they “get it”. If they don’t, rethink the composition or how you’re approaching the issue. If this project is done well, it’ll probably be one of your best works and ends up in your Quality section. If not, it could be a flop… And remember, the “easiest” idea is the one you feel the most excited about, the one that moves you, the one that you have a connection with.

-Do artists have a role in reflecting and commenting on thesociety in which they live?

-What are some issues that our community/school/nations/world is currently confronting?

-How might an artist depict one of these current issues in orderto promote constructive discussion?

1.  Study an artist whose work is concerned with social issues.  Some to consider:  Picasso’s Guernica”, Goya, Kohlwitz, Segal, Kruger,

2.  Select an issue that you have strong opinions about or reactions to from the list below or come up with your own.

3.  Do some research on the topic- gather facts and statistics BEFORE designing your piece. YOU MAY NOT USE ANY WORDS- tell the story visually! 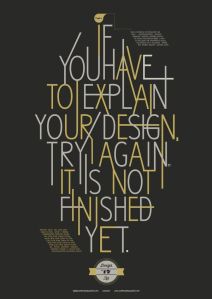 4.  Narrow the scope of the issue to make it personal (for you and for the viewer).  Decide the angle from which you will approach the issue.  What is it that “moves” you about this topic, and be specific.  Determine what kind of statement you want to make.

5.  Do a minimum of 3 thumbnail sketches or sculpture mock-ups, each with a totally different way of expressing a single idea.

6.  Execute the best of the three sketches in a medium of your choice.

7.  Be prepared to share the COMPLETED piece at the critique, along with the 3 initial sketches and the research info you have gathered.

Some of examples from Carrie King’s AP Studio Art students: 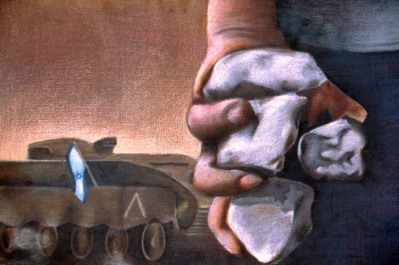 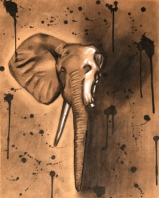 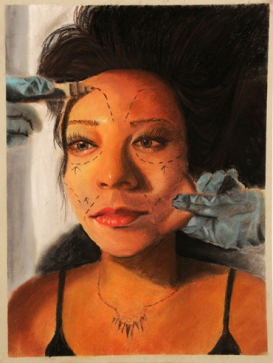 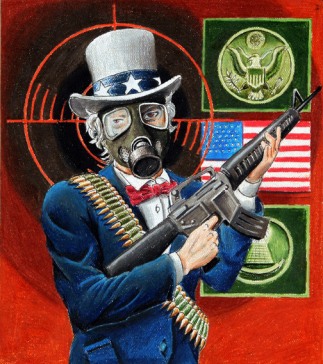 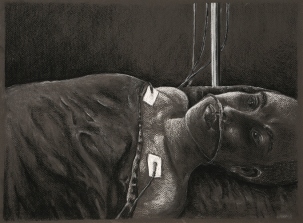 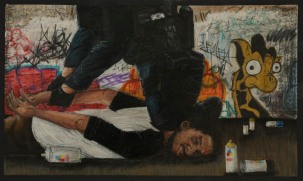 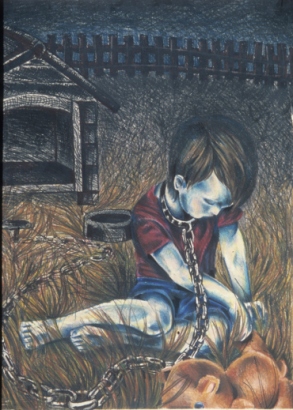 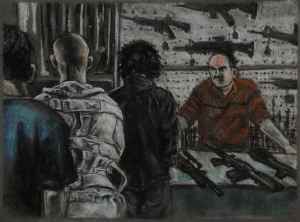 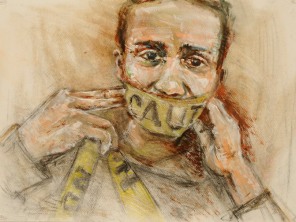 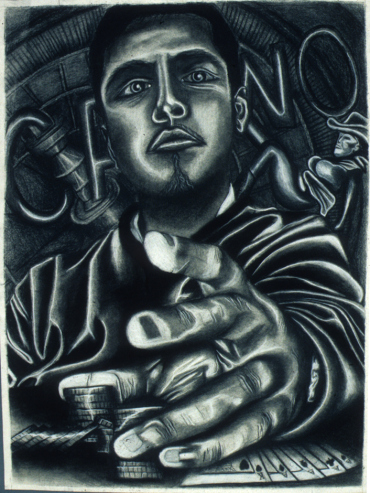 Examples from other artists: 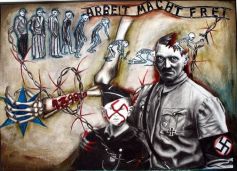 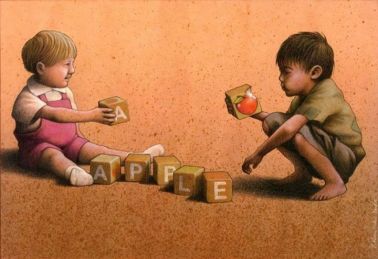 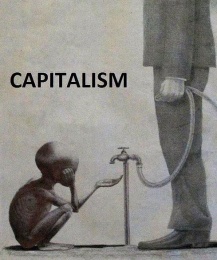 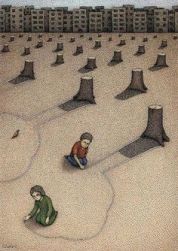 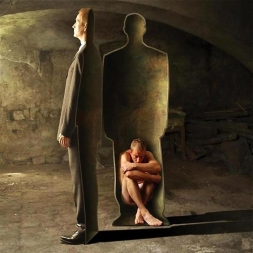 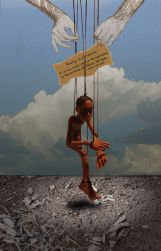 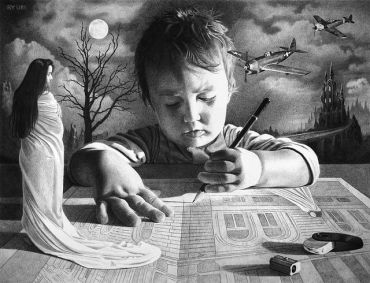 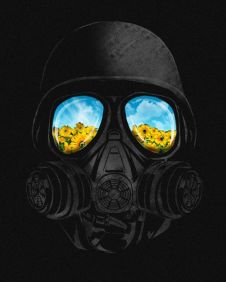 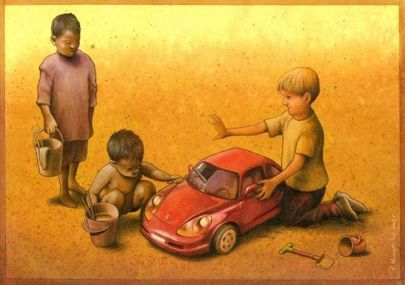 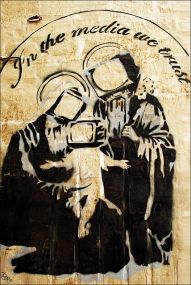 The root of suffering has a noble purpose: the evolution of consciousness, the devolution of form, and the disintegration of ego. Acrylic on wood panel, 70 x 70 x 3 cm, 2012 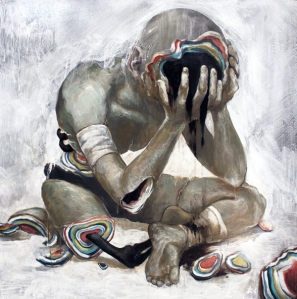 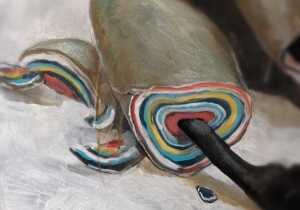 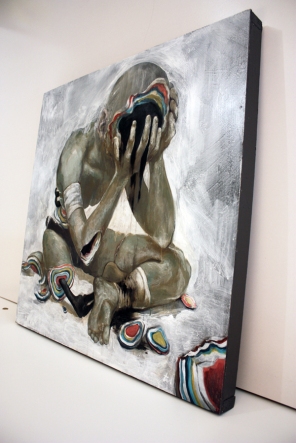 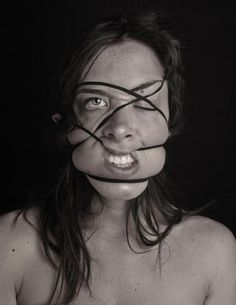 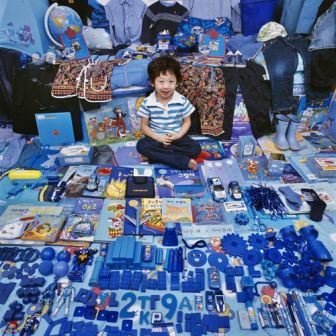 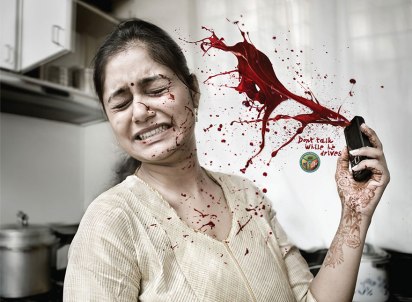 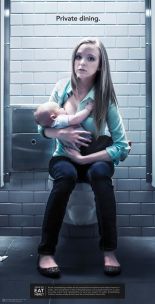